The Jackson Hole Symposium will start on Friday and analysts expect that US Fed Chief Powell will use it to clarify the central bank’s monetary policy moving forward after cutting interest rates at the last meeting by 25 basis points. Powell will kick-off the gathering with a speech on the challenges of monetary policy. He is expected to mention topics ranging from deglobalization and trade wars, an unusually low interest rate environment, $16.7 billion worth of bond which carry a negative yield, the ongoing attacks against his central bank by US President Trump and the risks of a global recession which the US won’t be able to escape. Events which could accelerate the global slowdown, such as Brexit or the Hong Kong protests, are entirely out of the US Fed’s sphere of influence.

Earlier this year the 3-Month/10-Year yield curve inverted which was followed last week but the 2-Year/10-Year yield curve inversion. Some analysts claims that the Fed is too late and too far behind in order to combat this inversion which has in the past signalled a recession. Maury Obstfeld from the Peterson Institute for International Economics added “There are all sorts of hazards out there.” Powell is expected to open the door for a 25 basis point interest rate cut during the next meeting in September, but Fed watchers are eager to learn if he is willing to deliver a 50 basis point cut. Chief economist at JPMorgan Chase, Bruce Kasman, noted “It’s certainly a possibility. But I don’t see it. The data don’t justify that.” Will Powell cave in to pressures from Trump and how will this impact the US Dollar?

What to Expect from the Federal Reserve at Jackson Hole

Since 1978, on an annual basis, the Federal Reserve Bank of Kansas City has hosted the Jackson Hole Symposium in order to get central bankers together and discuss economic challenges facing the domestic as well as global economy. Since 1981, each meeting was organized in Jackson Hole, Wyoming. This years symposium will take place under the headline “Challenges for Monetary Policy”. While there are plenty of issues facing the current monetary policy environment, forex traders this year want to get clarity on only two pressing questions: “By how much will Powell cut interest rates in September? Are there more to come? 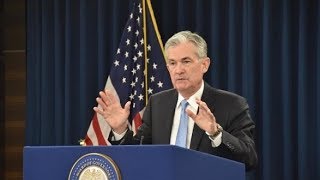 What to expect from the Federal Reserve at Jackson Hole meeting 3:3

After Powell cut interest rates by 25 basis points, the first such cut in a decade, he cautioned markets that this was not the start of a more intense interest rate cut cycle. He referred to it as a“mid-cycle adjustment”. Powell’s Fed is heading to Jackson Hole with a lose-lose scenario. An interest rate cut will show markets that Powell caved into pressures from Trump while not cutting interest rates is expected to further derail the US economy. Powell and his colleagues will have to sort through recession signals, such as the inverted yield curve, and strong retail sales which would suggest the economy is in good shape. The challenge will be to gauge how the economy will perform in the near future and what is needed from the central bank in order to ensure it will function properly.

Powell is under a lot of pressure and he will try his best not to disappoint markets which are likely to enter a heavy sell-off if he hints at less support for the economy than markets ask for. According to Brian Moynihan, CEO of Bank of America, “We have nothing to fear about a recession right now except for the fear of recession.” Allianz Chief Economic Adviser Mohamed El-Erian struck a more pessimistic tone and added “What’s going on in the global economy is way beyond the Fed, way beyond trade. It’s all part of a much deeper malaise.” The bond market is agreeing with El-Erian as the inverted yield curve suggests. In the meantime, investors and forex trader’s will have to sit on the sidelines and await Powell’s Jackson Hole key not speech in order to determine if he will please markets.

Open your PaxForex Trading Account now allow our expert analysts to guide to over 5,000 pips in monthly profits!

According to US President Trump, the US economy is doing great and the only problem is the US Fed under Jerome Powell. Trump has criticized Powell after appointing him to chair the central bank. Powell did admit that his Fed lacks the experience in dealing with trade tension in a global scale, such as the trade war Trump started with China. He acknowledged that “It’s something that we haven’t faced before and that we’re learning by doing.”This confirmed lack of experience could lead to more policy mistakes by the US Fed and ultimately crumble the sowing US economy.

History may offer little for Powell to lean on. Obstfeld from the Peterson Institute for International Economics drew a comparison to 1971 when President Nixon added a 10% tariff on imports I order to force other economies into currency revaluations while pressuring his central bank to keep interest rates low due to his re-election campaign. Is Trump engaging in the same pre-election practices? Nixon’s approach started the end of the Bretton Woods Currency System. Obstfeld added “We are seeing a breakdown in the global trading regime.” 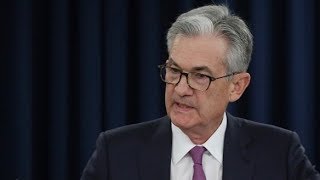 Recession tend to start in the US and then spill over to other economies, but this time it could be the other way around. JPM’s Kasman explained “The risk is that the rest of the world gets weak enough, gets stressed enough that it spills over into the US.” Chief US Economist at Nomura Securities, Lewis Alexander, added “The whole question of how big are the external risks, and how much does that really matter for the US, is a central issue in the policy debate at the moment.” Will Powell’s Fed lack I trade tension experience ensure a US recession is around the corner?

Despite Trump’s efforts to lower the value of the US Dollar, the greenback has extended its gains and is making US exports more expensive. With Powell expected to ease monetary policy further, a price action reversal is expected to accompany his decision. The USDDKK is currently trading just below its horizontal resistance area from where its primary descending resistance level is exercising downside pressure. This currency pair is favored to reverse below its secondary ascending support level and back down its primary ascending support level. Forex traders are advised to sell any potential rallies in the USDDKK into the lower band of its horizontal resistance area.

The CCI is trading in extreme overbought conditions, but has recorded a series of lower highs over the past five years, suggesting that a move below 100 is the most likely outcome. Open your PaxForex Trading Account now and join our fast growing community of profitable forex traders!

The Hungarian Forint is at a more advanced stage of its move lower against the US Dollar which took the USDHUF into its horizontal resistance level. Bullish momentum is now depleting and forex traders are expected to realize floating trading profits. Price action is now favored to complete a double breakdown, below its resistance area as well as below its secondary ascending support level, and extend its corrective move into its primary ascending support level. Forex traders are recommended to spread their sell orders inside the horizontal resistance area.

The CCI is trading in extreme overbought conditions, but with bullish momentum fading. This is likely to result in a breakdown of this technical indicator which will initiate the next round of selling. Follow the PaxForex Daily Fundamental Analysis and allow our expert analysts to guide to over 5,000 pips in profits per month!

The cryptocurrency market offers traders a great way to hedge their forex portfolio and take advantage of an asset class which is more disconnected from geopolitical events than any other one. Litecoin has retreated from its most recent intra-day high and corrected roughly 50%. LTCUSD is currently trading between its primary and secondary ascending support levels and above its horizontal support area. Price action is anticipated to retrace its most recent losses and accelerate to the upside until a double breakout can take this cryptocurrency back into its next horizontal resistance level. Buying any dips in LTCUSD down into the lower band of its horizontal support area remains the favored trading approach.

The CCI is trading in bearish territory below 0, but remains above extreme oversold conditions. The comparatively strong reading in this momentum indicator suggests that a bullish crossover should be accounted for. Subscribe to the PaxForex Daily Forex Technical Analysis and simply copy the recommended trades of our expert analysts into your own trading account!

Forex vs. Stocks: Should You Trade Forex Or Stocks?