The US offered the UK a quick sector-by-sector trade deal after a no-deal Brexit is complete. This will help cushion any negative impacts of the transition period which the majority of economists predict as chaotic. UK Prime Minster Boris Johnson stated time and again that the UK will be fully prepared for a no-deal Brexit and has instructed civil servants to prepare the public in order to have a smooth exit from the EU without the negative deal his predecessor Theresa May negotiated. PM Johnson has promised to deliver on the Brexit referendum and take the UK out of the EU by October 31st 2019.

Yesterday, US National Security Advisor John Bolton met with UK Prime Minister Johnson. The main purpose of his visit was to convey a message of support for Brexit by US President Trump. Bolton stated “The main purpose of this visit, really, is to convey President Trump’s desire to see a successful exit from the EU for the UK on October 31st. To offer to be involved in any way that we can and to express his hope that we can have a fully comprehensive bilateral trade agreement with the UK as soon as possible.” This will further speed up any disruptions to the UK after a no-deal divorce from the EU. Some analysts now believe that the Remainers, those who pushed to remain in the EU, have now lost their battle to prevent a soft Brexit which would have tied the UK to the EU and make a trade deal with the US impossible.

As the US is ready to step in an offer the UK a trade deal, the EU is refusing to renegotiate the Brexit Deal which was negotiated by former UK PM May and was rejected three times in Parliament. Michael Gove, in charge of no-deal Brexit preparations, stated in a recent interview that “At the moment, it's the EU that seems to be saying they're not interested, they are simply saying ‘no, we don't want to talk’. I think that's wrong and sad, it's not in Europe's interests.” 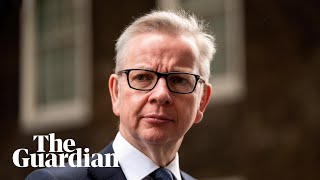 Michael Gove 'saddened by EU refusing to negotiate' on Brexit 0:36

Gove further pointed out that “Of course, if the EU don't move, if they're stubbornly intransigent, then we will leave on WTO rules.” The UK remains open to renegotiate the current deal, but made it clear that the Irish backstop needs to be eliminated. The EU refuses to budge and hopes that the Labour Party will be able to thwart a no-deal Brexit. September is likely to remain a crucial month for the direction of Brexit, but PM Johnson’s cabinet is in full gear to fully prepare for a no-deal Brexit in order to take the country forward as Brexit supporters envisioned it.

Boris Johnson decided to take his agenda directly to the public an started to stream “People’s PMQ’s” session. The public can send questions to the PM and he will answer them on live feed. He pledged £1.1 billion in additional funding to the police force and create 20,000 new job positions. He also laid out investment into NHS worth £1.8 billion in order to build 20 new hospitals. The UK government has also set aside an additional £2.1 billion for no-deal Brexit negotiations.

What is your opinion on the “People’s PMQ’s” session where the PM talks directly to voters?

In order to ensure a quick trade deal after October 31st 2019 between the US and the UK, Bolton pointed out that it could start with a series of small agreements until a comprehensive deal can be reached. The main message Bolton wanted to deliver to PM Johnson and the UK public is that “We’re with you.”

Bolton pointed out that both chambers of US Congress support a quick trade deal with the UK. At the same time the EU has taken a wait-and-see approach in order to find out if UK Parliament can and will block a no-deal Brexit. There are plenty of rebels in the Tory parry who seek to derail a no-deal Brexit with September 9th 2019 the day some analysts claim they could flex their muscle. The EU is therefore in no rush to cave and refuses to negotiate with the UK. On September 4th 2019, the Johnson government has to deliver a progress update to Parliament on the Northern Ireland Executive, followed five days later by a debate. What does this mean for the British Pound? 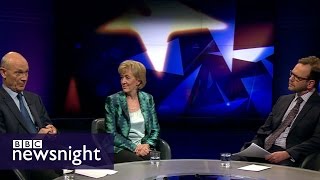 While the US joins other countries in offering a quick trade deal to the UK, the EU and advocates for the EU’s single market predict chaos for the UK. This includes former WTO Director-General Pascal Lamy from France. He was recently out-debated by Brexiteer Andrea Leadsom in a TV debate on BBC Newsnight. Lamy argued that being part of the EU allowed the UK to get access to free trade deals negotiated with economies worth $7 trillion. Leadsom countered that Switzerland negotiated trade deals with economies worth $27 trillion, being outside the EU. She also pointed out that the failure of the EU to negotiate with large economies has cost the UK labor market nearly 300,000 jobs, according to the EU’s own studies and analysis. The video to the left features more from the debate.

The Swiss Franc has enjoyed capital inflows as its safe haven status together with its economic outperformance created the perfect combination for a stronger currency. Now the Swiss National Bank is worried about the negative impacts on its export oriented economy and contemplates an interest rate cut. This is expected to send the GBPCHF into a short-covering rally. A breakout above its horizontal support area is likely to catapult price action above its primary as well as secondary descending resistance levels and back into its next horizontal resistance level. Forex traders are advised to spread their GBPCHF buy orders inside its horizontal support area.

The CCI is trading in extreme oversold conditions where a positive divergence has formed. A move above -100 is favored to follow which is expected to start a short-covering rally. Open your PaxForex Trading Account now and join our fast growing community of profitable forex traders!

Forex traders have pushed the EURGBP into strong resistance levels which doesn’t reflect economic reality. As the Eurozone continues to deal with a slowing economy, absence of inflation and a dovish ECB, the UK appears to gearing up for an economic upswing. Today’s employment data came in almost twice as strong as expected with wage based inflation on the rise. A breakdown below its horizontal resistance area is favored to take price action through its primary ascending support level back down to its next horizontal support level. Forex traders are recommended to place their EURGBP sell orders inside of its current horizontal resistance area.

The CCI is currently trading in-and-out of extreme overbought territory with downside pressure mounting as a negative divergence formed. This momentum indicator is expected to lead price action to the downside. Subscribe to the PaxForex Daily Fundamental Analysis and earn over 5,000 pips per month in profits!

Diversification is key to a successful forex portfolio and the recent moves in LTCUSD have created a great buying opportunity in Litecoin. After the Litcoin halving event, which slashed the reward miners receive from 25.0 Litecoin to 12.5 Litecoin per block starting August 5th 2019, price action extended its slide. Litecoin has now reached its ascending support level which is located just above its horizontal support level. This cryptocurrency is now expected to recover and complete a breakout above its secondary descending resistance level which will take LTCUSD back into its primary descending resistance level. Buying any potential dips down to the lower band of its horizontal support area remains the favored trading set-up.

The CCI is trading in extreme oversold conditions, but has recoded a higher low than previously. This technical indicator is now expected to push back above the -100 mark from where a short-covering rally is anticipated. Follow the PaxForex Daily Forex Technical Analysis and simply copy the recommended trades of our expert analysts into your own trading account!