This year marks the 50th anniversary for the World Economic Forum (WEF) in Davos, Switzerland. The one-week event held once per year attracts business leaders, billionaires, CEOs, and government officials from across the globe. One fact many may ignore is the money-making machine the WEF turned into. In 2019, it reported revenues of $346 million. Plenty of reports are published by the non-profit organization, with plenty of profits. What happens with the generated cashflow remains a mystery to most people, and detailed information is hard to obtain.

The World Economic Forum was founded in 1971 by German engineer and economist Klaus Schwab. It was known as the European Management Forum. It wasn’t until 1987 that the name was changed to the current format. It is a membership-based organization with its primary gathering in Davos every January. Davos hosts 500 sessions over a five-day period where topics are discussed. Some sessions are public and others remain private. The Swiss government designated the WEF as an NGO in 2015, under the Swiss Host-State Act. 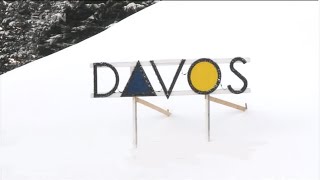 The mission statement of the WEF note that “The Forum engages the foremost political, business, cultural and other leaders of society to shape global, regional and industry agendas.” Besides the annual Davos event, the WEF hosts between six to eight smaller, regional ones. It additionally hosts an annual event in China and one in the UAE. Sector-specific initiatives and a widening series of reports are frequent, and politicians often use the platform to initiate bilateral talks.

Over 3,000 attendees descend on Davos this year and the cost of providing security for the event carries a ceiling of CHF9 million. The WEF only pays CHF2.25 million of those costs, despite its generated revenues. The Canton of Graubünden will pay an additional CHF2.25 million, the city of Davos CHF1.125 million, and the Swiss Confederation the remaining CHF3.375 million. This doesn’t include the costs for the Swiss armed forces, which are CHF32 million per meeting and covered by the DDPS budget. Debates are ongoing if the costs justify the event, where the Swiss government argues they do.

Is your forex investment in good hands? Find out why more and more forex traders trust PaxForex with their portfolios!

Does the WEF Matter?

The short answer is no, it doesn’t matter. It is an expensive event, granting an excuse for its attendees to travel, meet, and mingle. This doesn’t mean that talks on the sidelines don’t produce meaningful regional outcomes. It provides a more constructive platform than any of the government-only gatherings like the G-20, but it cannot offer more than a venue for discussions. The growing size of the event is more harmful, as more is not always better.

The WEF is funded by 1,000 members with annual costs ranging between CHF60,000 and CHF600,000, depending on the level of engagement and partnership level. This doesn’t cover the attendance fee. With a combined security cost of CHF41 million, it simply doesn’t justify the gathering. Talks about climate dominate this year, but nobody looks at the negative impact on climate the WEF has every year. Virtual meetings, like the ones held by the Network of Global Future Councils several times per year, make more sense. The Network of Global Future Councils operates under the WEF umbrella. 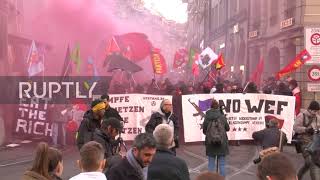 Switzerland: Protesters march against WEF ahead of Davos gathering 2:16

Since most of the constructive talks are held in small, private sessions, it makes more sense to host mini-events across the globe or implement virtual meetings altogether. The WEF headquarters, commissioned in 1998 on Lake Geneva for a cost of over CHF25 million makes the non-profit appear more like a corporation than an NGO. The more money the WEF earns, the more it spends, to finish the annual report with a marginal surplus. There is a lot more mystery than openness when it comes to the organization, but one needs to dive in deep to uncover what happens.

The EURCHF has entered its horizontal support area, from where the Swiss National Bank is likely to defend its currency. A breakout should be expected by forex traders, as this currency pair is ready for a counter-trend rally. Price action should be able to push through its secondary descending resistance level into its next horizontal resistance level. Its primary ascending support level has crossed above it and currently represents resistance. The CCI started to recover from deep inside extreme oversold conditions. Open your PaxForex Trading Account today, and join one of the fastest-growing communities in the forex market!

More downside is predicted in the USDSGD after it completed a breakdown below its primary ascending support level. A bearish price cone is leading the way and consists of the primary and secondary descending resistance levels. Forex traders should prepare for a drop in this currency pair into its horizontal support area. The CCI moved out of the extreme oversold territory but is expected to collapse into a lower low. Subscribe to the PaxForex Daily Fundamental Analysis and earn over 5,000 pips per month!

Despite all the negativity surrounding big oil companies, Exxon Mobil has the energy to recover from its lows. Many big oil companies are leading the push into renewable energies and Exxon Mobile stands to benefit from fossil fuels and alternative energy sources alike. Price action is expected to stabilize inside of its horizontal support area, from where a recovery into its horizontal resistance level is favored. The CCI plunged deep into extreme oversold conditions and is expected to reverse above the -100 level. Follow the PaxForex Daily Forex Technical Analysis and grow your balance trade-by-trade!