Three unrelated events, but yet related to the slowdown in the global economy. Times are about to get more turbulent as the three events indicate. The global economic slowdown is in full swing, the trade war between the US and China may only be the tip of the iceberg with plenty of other developments giving reason to take a second look at asset allocation. The Espionage scandal surround Credit Suisse is still unfolding, Japan just completed the worst bond sale in three years as central bank buying was absent and Norway withdrew almost $400 from its sovereign wealth fund without giving a reason.

The Credit Suisse espionage scandal which rocked the Swiss banking sector has taken a turn for the worse as the sub-contractor who hired private investigators to follow a former top banker at Credit Suisse who decided to join rival UBS committed suicide. The individual only referred to by the letter “T” shot himself in the head as the scandal unfolded. Credit Suisse was afraid that its former star banker, Iqbal Khan, would poach other executives to follow him to UBS. 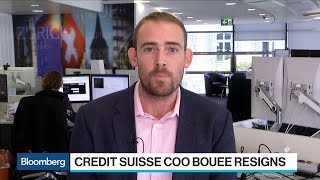 Khan was passed over for a promotion and in an argument with CEO Thiam at a ZUrich house party which resulted in him leaving five months after that. The scandal was made public after Khan noticed he was being followed, approached a lone investigator and took pictures with his phone and a later noticed three individuals following him and his wife in order to take his phone. A scuffled erupted and Khan filed charges which led to arrests. An internal investigation at Credit Suisse resulted in the departure of COO Bouee, a close ally of Thiam who will keep his position as no apparent successor is available.

Japan just completed its worst 10-Year bond auction since 2016 which caused ripple effect into the European as well as American debt markets. The Bank of Japan slashed purchase ranges on four different maturities and suggested that it may stop buying longer-dated bonds or skip entire offerings in order to steepen the yield curve. The Chief Bond Strategist at SBI Securities in Tokyo, Eiji Dohke, stated “The BOJ’s operation change had a huge psychological impact. Investors are reluctant to buy given the risk of the BOJ skipping a purchase. “ The announcement that the Government Pension Investment Fund seeks to buy more foreign denominated debt also added to the bond auction nightmare.

PaxForex is home to one of the fastest growing communities of profitable forex traders, sign-up now and join the growth!

Norway is home to the world’s largest sovereign wealth fund with assets over $1 trillion, but withdrawals are extremely rare. It was reported that Norway withdrew almost $400 from the fund at the end of August without specifying what caused the withdrawal. The first time a withdrawal was made in 2016 was due to a budget shortfall as a result of the slump in oil prices. Oil prices have been depressed this time around as the global economy is cooling, but no official reason was given by the finance ministry on Oslo.

This has put the government’s plan to deposit a total of 34 billion Norwegian Kroner into the fund off-track. Net deposits into the fund through the end of August total just 19.9 billion. DNB Strategist Magne Ostnor noted “I don’t see exactly why the withdrawal was necessary. That said, the price of oil has fallen a bit.” Norges Bank Investment Management, the unit of the central bank which manages the wealth fund declined to comment on the withdrawal. 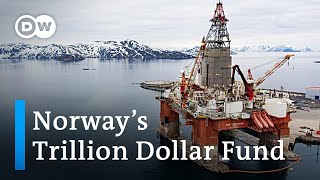 The conservative-led government did spend record amounts of its oil revenue as the price of oil contracted which may explain the withdrawal. It is a clear sign that the global economic slowdown is starting to show ripple effects throughout. The Norwegian central bank announced that it plans to boost its purchase of Norwegian Kroner by 40%. The fund earns roughly 200 billion Kroner from stock dividends, interest payments from bonds as well as income from real estate.

The USDCHF reversed from its horizontal resistance area following disappointing manufacturing data out of the US. Price action is expected to extend the sell-off with a breakdown below its primary ascending support level which can take this currency pair back down into its horizontal support level. The CCI is trading in extreme overbought conditions, ripe for a breakdown. Open your PaxForex Trading Account now and earn more pips per trade!

The rally in the CADJPY lost momentum as this currency pair ran into its primary as well as secondary descending resistance levels. With global economic data pointing towards a worse-than-expected slowdown, the Japanese Yen is set to attract safe have demand from forex traders. Price action is anticipated to correct into its horizontal support area. The CCI is preparing for a bearish momentum crossover. Subscribe to the PaxForex Daily Fundamental Analysis and allow our expert analysts to guide you to over 5,000 pips in monthly profits!

Despite the withdrawal by the Norwegian government from the sovereign wealth fund, Norway’s economy is on better footing than the slowing Eurozone economy. This makes the EURNOK vulnerable for profit taking as price action is trading near its secondary descending resistance level, located just below its horizontal resistance area. The primary descending resistance level is applying additional bearish pressures. The CCI is approaching extreme overbought territory. Follow the PaxForex Daily Forex Technical Analysis and join one of the fastest growing trading communities in the forex market!