Earlier today UK PM Johnson published his Brexit deal which replaced the Irish backstop which was the main stumbling block in the existing deal negotiated by his predecessor May and rejected three times in parliament. He has made a major concession to the EU with his proposal that all Northern Ireland will follow EU rules on manufactured goods and agriculture. In order to the get DUP on board, his plan allows Northern Ireland to decide by 2025 if they want continue following EU rules or adapt UK ones. He also promised Northern Ireland billions worth of additional aid in order to increase infrastructure spending and boost to economy. The UK would exit the customs union as planed and strike its own trade deal which is rallying his Tory party behind him.

The new Brexit deal essentially creates two borders, a sea border in the Irish Sea and a land border between the Republic of Ireland and Northern Ireland. Customs checks would be imposed on the land border with a regulatory controls in the Irish Sea. This would give the EU and the UK roughly four years to determine the fine prints of where and how checks would be carried out. Prior to this proposal, the UK position was that the entire UK will have the same rules. 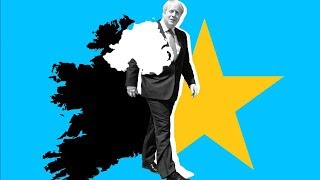 Johnson’s proposal to give the Northern Assembly, which has not met since 2017, a right over the extent of regulatory alignment is something neither the Republic of Ireland not the EU may be willing to accept. In the meantime, Johnson told his Tories at their Manchester party convention that “We will allow the UK, entire and whole, to withdraw from the EU, with control of our own trade policy from the start.” The EU claims that the new Brexit deal is a combination of previous idea which it rejected, but the ball is in the EU’s court now.

While opposition Labour leader Corbyn vowed to stop Johnson’s Brexit plan, but up to 30 of his party members could rebel against Corbyn’s command and support Johnson in order to push his Brexit plan through Parliament. Corbyn stated “No Labour MP could support such a reckless deal that will be used as a springboard to attack rights and standards in this country.” This is unlikely to be followed by MP’s from Labour regions which voted to leave the EU and as Johnson appears to have united his Tory party behind him, he could have enough voted to show the EU that it will be either his deal or a no deal Brexit.

PaxForex is home to one of the fastest growing communities of profitable forex traders, sign-up now and earn more pips per trade!

Will the EU Compromise?

Johnson’s letter to EU Commission President Jean-Claude Juncker was described by one diplomat as “The letter doesn’t seem to be addressed to Juncker but first and foremost at British voters. These solutions require a big leap of faith.” Another diplomat added “It looks like he’s aiming at a no-deal but it’s unclear why. It seems he’s just going after new elections.” Johnson and Juncker had a phone call after the paperwork was delivered to Brussels where Juncker referred to several points as “problematic” while welcoming the effort.

The EU Commission statement noted that “President Juncker welcomed Prime Minister Johnson's determination to advance the talks ahead of the October European Council and make progress towards a deal. He acknowledged the positive advances, notably with regards to the full regulatory alignment for all goods and the control of goods entering Northern Ireland from Great Britain. However, the President also noted that there are still some problematic points that will need further work in the coming days, notably with regards to the governance of the backstop.” 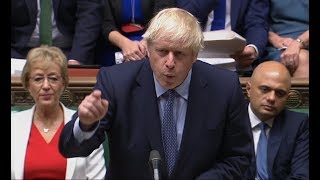 Swedish PM Stefan Löfven was a bit more optimistic and in regards to reaching a deal before October 31st 2019 added “It is possible of course, or we wouldn't work on it. The EU is right now making the analysis, and there are some question marks raised by President Juncker and Mr Varadkar. We can see the same kind of question marks but this is possible. Let's really make make an effort.” Time is running out and while the EU may not like this deal, if Johnson can push it through Parliament they may have no choice but to accept it or carry blame for a no deal Brexit.

The GBPCHF moved higher after bullish momentum increased from its double support level, comprised of its horizontal support level and its primary ascending support level. Price action is now approaching its primary descending resistance level from where a breakout is expected to carry this currency pair into its horizontal resistance area. The CCI advanced from extreme oversold conditions and completed a bullish momentum crossover. Open your PaxForex Trading Account now and earn more pips per trade!

US data continues to disappoint as the ISM Non-Manufacturing Index dropped to a three year low which added to the rally in the GBPUSD. This currency pair started to recover after testing its primary ascending support level which resulted in a reversal. The rally is now completing a breakout above its horizontal resistance level which is favored to extend above its primary descending resistance level and back into its horizontal resistance area. The CCI already pulled out of extreme oversold territory. Subscribe to the PaxForex Daily Fundamental Analysis and allow our expert analysts to guide you to over 5,000 pips in monthly profits!

Bullish momentum in the GBPJPY is on the rise as price action reached its horizontal support level which is being enforced by its primary ascending support level. This currency pair is expected to advance and complete a breakout above its primary descending resistance level which will take price action back into its horizontal resistance area. The CCI remains in extreme oversold conditions, but started to recover from its low. Follow the PaxForex Daily Forex Technical Analysis and join one of the fastest growing trading communities in the forex market!