More Pain for the Global Economy

Chinese industrial profits for October contracted by 9.9% annualized, this marked the worst contraction on record. Chinese data is not the only one suggesting more trade-related issues. South Korean exports in the first twenty days in November slumped by 9.6%, this suggests that the holiday shopping season may come in below expectations. South Korea exports key high-technology items globally and is often viewed as a health barometer for the global economy. The Chinese economy is expected to cool further in 2020 as the Indian economy is predicted to take the leadership position. 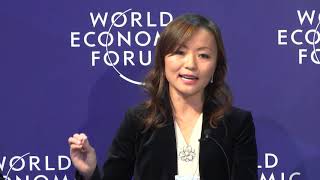 During the last global financial crisis which started in the US housing sector, sub-prime mortgages were packed together, offered as collateralized debt obligations or CDOs, and rating agencies awarded them a AAA rating. During the current corporate debt bubble, high-yield debt is bundled together in an ETF and marketed to retail traders as a liquid asset. The popularity of passive trading through ETFs has created a global network of exposure and a bursting of the corporate debt bubble will have a far wider reach than the housing bubble a decade ago.

The global manufacturing sector has already entered a recession and is dragging down economies. This affects consumer psychology and can rapidly spill over into the service sector and the economy as a whole. Many hopes are pinned in a trade deal between the US and China as well as a strong holiday shopping season, neither of which is guaranteed. The services sector demands a much larger portion of GDP in developed economies, but the manufacturing sector often employs high-paying employees and remains a key component of today’s economy.

Do you hedge your forex trading account properly and protect it from downside risk? Find out how to properly secure your forex investment at PaxForex where you can grow your portfolio trade-by-trade!

The percentage of household debt as part of global GDP is now larger than it was before the 2008 financial crisis. Central banks in developed economies have created a bubble across the financial spectrum. The US consumer has kept the economy humming along by increasing debt to consumer goods and services. This is an unhealthy product of Keynesian economics and has increased a stealth risk into the financial system many opt to ignore.

According to a recent study by Oxford Economics, 60% of global GDP is located in countries with high-risk corporate debt and 30% in countries with high-risk household debt. One early indicator if a growing debt household debt bubble can be found, once again, in the US. In 2008 it was subprime mortgage debt and now it has been scaled down to subprime auto debt. This is extremely concerning and the US central bank has only added to the issue. 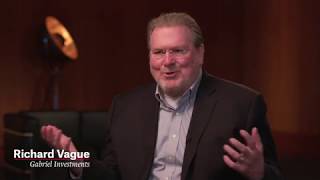 Since 2009, total debt surged by 75% to $1.26 trillion or over 6% of GDP, and over 7 million individuals in the US are at least three months behind on their car payments. In 2018 there were 113 million auto loans in the US, up 39% since 2010. Another area of concern is the duration of those loans with 42% at six years or longer. Over 85% of new cars and 53% used cars are now financed and abuse by lenders remains widespread. In some areas, transportation costs run over 10% of total expenditures and most require a car for employment reasons. This appears to be the tip of the iceberg and could ring in the next financial crisis.

With the US Dollar expected to have a tough 2020, the Swiss Franc is expected to outperform and attract safe-haven flows. The USDCHF has reached its horizontal resistance area and with growing concerns about a host of issues, a breakdown is favored to take this currency pair below its primary ascending support level and end the bullish trend. A sell-off into its horizontal support area is expected to follow. The CCI is trading in extreme overbought conditions from where a breakdown is expected. Open your PaxForex Trading Account today and join one of the fastest-growing communities in the forex market!

Forex traders are advised to protect their portfolios with smart hedges. Gold and Silver represent an excellent way to diversify assets and protect their accounts from uncertain events. Gold is a crowded trade, but Silver offers the same benefits in a smaller market. Price action started to ascend after reaching its horizontal support area and is now expected to complete a breakout above its secondary descending resistance level and its primary ascending support level. The CCI has rallied out of extreme oversold territory and completed a bullish momentum crossover. Subscribe to the PaxForex Daily Fundamental Analysis and earn over 5,000 pips per month.

Bitcoin provides another great tool to diversify away from traditional assets, but the price is volatility. After BTCUSD moved into its horizontal support area, a recovery started to unfold and price action is now attempting a breakout above its descending resistance level. This can extend past its secondary descending resistance level until this cryptocurrency pair can move back into its horizontal resistance area. The CCI just moved out of extreme oversold conditions. Follow the PaxForex Daily Technical Analysis and grow your balance trade-by-trade.