Global Recession is the Smaller Problem

Investors and traders around the globe have feared a global recession and plenty of indicators suggest that we may be in the process of entering on. The manufacturing sector is already in a recession and while the services sector manages to expand, the growth rate is slowing down and some indicators are at lows last seen before the Great Recession following the financial crisis of 2008. The US-China trade war and a host of other global trade conflicts have sowed more uncertainty and economic reports suggest a weaker economy than most have accounted for.

Global Recession is the Smaller Problem

A new OECD report which has looked past the US-China trade war and outlined issues ranging from climate change to technology and weak investment flows. According to Laurence Boone, OECD Chief Economist, the global economy could be suffering from weakness for decades to come unless governments apply a long-term solution to structural problems. The preferred approach to date has been to print money and hope for the best, a strategy which has only weakened the foundation of the global economy. 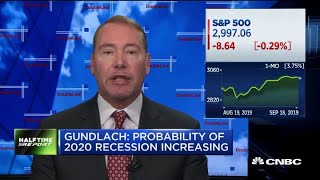 Increasing probability of a recession in 2020: Jeffrey Gundlach 4:23

Boone commented “The biggest concern is that the deterioration of the outlook continues unabated, reflecting unaddressed structural changes more than any cyclical shock. It would be a policy mistake to consider these shifts as temporary factors that can be addressed with monetary and fiscal policy: they are structural.” The majority of market participants are positioned for stronger-than-expected global growth from 2020 moving forward and chose to ignore the warning signs of deeper, structural problems.

The OECD sees global growth expanding at 2.9% annualized in 2019 and 2020, with a marginal increase to 3.0% in 2021. The US growth rate has been lowered to 2.3% annualized for 2019 and remained unchanged at 2.0% for 2020. It also predicts a slowdown in business investment growth in major advanced economies to 1.25% in 2019, down from 2.00% in 2018. Trade is cited as the primary concern. Boone added “The situation remains inherently fragile, and structural challenges are daunting. There is a unique window of opportunity to avoid a stagnation that would harm most people: restore certainty and invest for the benefit of all.”

Is your forex investment in good hands? Find out why more and more forex traders trust PaxForex with their portfolios!

Global Outlook Unstable According to OECD

The global GDP rate of 2.9% annualized represents the lowest since 2009 where GDP contracted by 0.5% in the aftermath of the financial crisis. The OECD noted, “We need urgent co-ordinated political action to restore confidence, boost inclusive growth and raise living standards.” While 2019 saw a slowdown across the board in most economies ad compared to 2018, 2020 is expected to see some bright spots. Turkey, Romania, Poland, Ireland, and Hungary are expected to grow above 3.0%.

Ireland is the only Eurozone member where growth is expected to accelerate, while the Eurozone is anticipated to slow down further to just 1.1%. India is expected to lead GDP expansion with a growth rate above 6.0% while China is expected to expand below 6.0% in 2020. The OECD added, “Global trade is stagnating and is dragging down economic activity in almost all major economies.” India outgrowing China will mark a significant development in 2020, if it does come true. 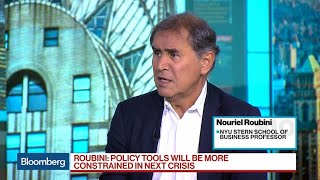 According to the OECD, “Policy uncertainty is undermining investment and future jobs and incomes. Risks of even weaker growth remain high, including from an escalation of trade conflicts, geopolitical tensions, the possibility of a sharper-than-expected slowdown in China and climate change.” Argentina is expected to lead the bottom of GDP figures with a contraction of 1.7%. Italy and Germany are called up just 0.4% each, Japan is not far behind at 0.5%. 2020 does look like a lot more economic pain than what traders are currently expecting.

The expected under-performance in the US economy is currently not priced in as most anticipate traders to consider the US Dollar a safe-haven from the slowdown. The USDCHF is expected to be caught in a sell-off that can take it into its horizontal support area. A breakdown below the primary descending resistance level and the secondary ascending support level precede the anticipated sell-off. The CCI has reversed its bullish momentum crossover and is now favored to move back into extreme oversold conditions. Open your PaxForex Trading Account today and join one of the fastest-growing communities in the forex market!

Hungary is on track to outperform the EU economy by a wide margin and the EURHUF has not adjusted to the fact that Hungary is expected to be one of the Top 10 performing economies in 2020. The EURHUF already completed a breakdown below its horizontal resistance area and is now favored to move below its horizontal support level and into its primary descending resistance level. The CCI corrected from extreme overbought conditions and more downside is anticipated. Subscribe to the PaxForex Daily Fundamental Analysis and earn over 5,000 pips per month!

Brexit uncertainty has faded more into the background as PM Johnson is on track to secure a slim majority in Parliament next month. Poland’s economy continues to rank among the best performers and the GBPPLN is expected to reflect this with a breakdown below its horizontal resistance area. A second breakdown below its primary ascending support level is anticipated to take price action into its horizontal support level. The CCI completed a breakdown from extreme overbought territory and more downside is expected. Follow the PaxForex Daily Forex Technical Analysis and grow your balance trade-by-trade!