The European Central Bank (ECB) under President Mario Draghi has announced a massive new stimulus program in order to assist the ailing Eurozone economy. Besides cutting the deposit facility rate by 10 basis points to -0.50%, a fresh round of quantitative easing (QE) was announced. Starting November 1st 2019, the ECB will restart its bond buying program at a pace of €20 billion per month. The QE program is open-ended and will remain in place until inflation reaches the ECB target which currently stands at 2.0%. The Euro initially sold off, but recovered and advanced after the press conference.

Draghi, who has only one more ECB meeting until his term ends, announced that “We have headroom to keep going on for some time at this rhythm. We still think the probability of recession for the Euro area is small, but it’s gone up.” He has been at the helm of the ECB for eight years and will be replaced by Christine Lagarde, the current managing director of the International Monetary Fund (IMF). The ECB also decreased the costs of its long-term loans by ten basis points which boosted the Italian banking sector. Bonds surged which sent yields tumbling.

The 10 basis point interest rate cut took it to new all-time lows, but Draghi did face objections from core ECB Governors which include German Governor Jens Weidmann who is joined by colleagues from France, the Netherlands, Austria and Estonia. Sabine Lautenschläger, ECB Executive Board member, added her opposition to QE by stating “It should only be used if you have a risk of deflation; and the risk of deflation is nowhere to be seen now.” The return of QE comes just nine months after the previous program ended. The Eurozone economy has been under pressure all year long with no signs of a recovery, while inflation remains absent. 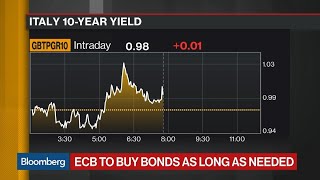 US President Trump wasted no time to take to Twitter and use the ECB interest rate cut as his latest salvo against his own central bank. Trump tweeted “European Central Bank, acting quickly, Cuts Rates 10 Basis Points. They are trying, and succeeding, in depreciating the Euro against the VERY strong Dollar, hurting US exports.... And the Fed sits, and sits, and sits. They get paid to borrow money, while we are paying interest!” Draghi was questioned during the press conference about the tweet and he responded “We don’t target exchange rates. Period.”

Mario Draghi explained the monetary actions by the ECB and while markets were overall pleased, they expected even more. European Rates Strategist at TDB, Pooja Kumra, stated “The size of QE and cut did come as a bit of disappointment, but we think rally is supported by the persistence of long-term easing by ECB.” The ECB also decreased its GDP forecast over the next three years. 2019 was lowered by 0.1% to 1.2% annualized, 2020 was lowered by 0.4% to 1.0% annualized and 2021 was lowered by 0.1% to 1.5% annualized. Most likely this growth forecast will see further downward revisions. Following the stimulus announcement, the entire German bond market printed negative yield with the 30-Year Bund at -0.09%.

PaxForex is home to one of the fastest growing communities of profitable forex traders, join the growth today and earn more pips per trade!

QE Criticism on the Rise Inside ECB

Draghi told reported that “One thing was unanimous. Namely that fiscal policy should become the main instrument.” This is where the harmony inside the ECB ends. Opposition to his monetary policy is growing and so is research which contradicts claims that QE has a positive impact on the economy. A recent study by the University of Bath highlighted that QE results in a decrease in lending. Banks stated that they have to absorb the impact of negative rates which cannot be passed on to consumers.

Chief Europe Economist at Capital Economics, Andrew Kenningham, in regards to QE stirring inflation added “It will make little or no difference. We have seen in the eurozone and around the world that inflation does not seem to respond to strong economic growth or falling unemployment these days. What's more, the world economy is more likely to slow than to accelerate given trade war and the evidence of a global manufacturing and trade downturn.” 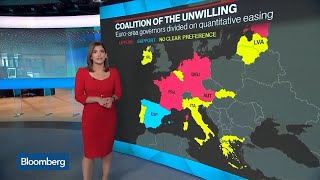 He further pointed out that cutting interest rates further and buying more bonds has no positive impact on growth. Kenningham stated “I think it is more accurate to say that although the ECB has ammunition (i.e. can cut interest rates even further and can buy more assets) these weapons don't seem to work. It is the same problem which the Bank of Japan has experienced in recent years. I agree with the consensus among economists that a fiscal stimulus would be more effective, and more suitable, at present.”

Following an initial sell-off, the EURUSD recovered and completed a breakout above its horizontal support area. The US Fed will announce its interest rate decision next week where a 25 basis point cut is expected. This may further increase bullish momentum and push this currency pair higher. Price action has now started to push above its primary descending resistance level from where a double breakout is expected, with the secondary descending resistance level in close proximity. This can lead the EURUSD back into its next horizontal resistance level and buying any dips down to the lower band of its horizontal support area remains the favored trading approach.

The CCI already completed a breakout above extreme oversold conditions and a positive divergence formed. Momentum is now expected to lead this technical indicator above the 0 mark for a bullish momentum crossover. Open your PaxForex Trading Account now and earn more pips per trade!

The EURAUD surged back from a sell-off and is now trading firmly above its horizontal support area. Bearish pressure has been depleted following the Draghi press conference and price action has room to rally further. The Australian Dollar could face more downside pressure following weak confidence data and with conflicting messages about next month’s trade discussions between the US and China. The next resistance level awaits this currency pair at its horizontal resistance level. Forex traders are recommended to buy any dips down to the lower band of its horizontal support area.

The CCI remains in extreme oversold territory, but is nearing a breakout as bullish momentum is on the rise. A move above -100 is expected to provide the next catalyst to the upside. Subscribe to the PaxForex Daily Fundamental Analysis and allow our expert analysts to guide you to over 5,000 pips in monthly profits!

Forex traders who seek a short trading opportunity in the Euro can take advantage of the EURPLN. The ECB’s open ended bond buying program tends to benefits periphery countries more than core economies and Poland could see further capital inflows, boosting the Zloty. Price action is currently trading at its horizontal support level, nestled below its primary descending resistance level and above its secondary ascending support level. With bearish pressures on the rise, a breakdown is expected to follow which will lead the EURPLN back down into its primary ascending support level. Forex traders are advised to sell any rallies into the lower band of its horizontal resistance area.

The CCI has moved out of extreme oversold conditions, but with bullish momentum fading another contraction is favored. This momentum indicator is anticipated to lead price action lower. Follow the PaxForex Daily Forex Technical Analysis and simply copy the recommended trades of our expert analysts into you own portfolio!