China may be changing its strategy in the trade war it was dragged into by the US. While speculations run high if Trump’s strategy worked and harmed the Chinese economy to the point they felt forced to change direction or if this is a tactical maneuver by China remains to be seen. US President Donald Trump is likely to tweet more messages of a victorious outcome. So far China retaliated to each tariff increase the Trump administration announced. The next round of trade talks between the world’s two biggest economies should take place in Washington in September, but Trump has suggested that they could be cancelled. Are talks back on track after China extended an olive branch to the US administration?

Gao Feng, spokesman for the Ministry of Commerce, stated “China has ample means for retaliation, but thinks the question that should be discussed now is about removing the new tariffs to prevent escalation of the trade war. China is lodging solemn representations with the US on the matter.” China’s economy continued to slow down and the trade war has had a negative impact, but how far is China willing to compromise with Trump who clearly stated that he is not interested in a fair trade deal and labeled Chinese President Xi as an “enemy”.

According to Trump, China want a trade deal with the US “very badly”, but he himself has send conflicting messages about his desire to strike a deal. According to Jeff Moon, former top China official at the US Trade Representative’s Office, Trump’s strategy of aggressiveness with a “winner takes it all mentality” is hurting the prospects of a long-term trade deal with China. He noted that “It may have worked for his life as a New York businessman, but he has yet to conclude a deal that has significant gains for the United States. Trump’s goals are to win, but he lacks any underlying values or long-term strategy.” 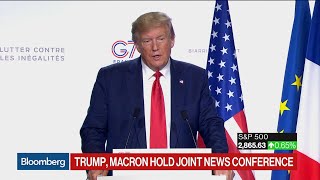 At the G-7 Summit in France, Trump told reporters that “I think they want to make a deal very badly. I think that was elevated last night. The vice chairman of China came out, he said he wants to see a deal made. The longer they wait, the harder it is to put back, if it can be put back at all. I don’t think they have a choice.” White House press spokesperson Judd Deere added “President Trump is the first president to stand up to China and send a clear message that the United States will no longer tolerate unfair trade practices. We expect concrete results because that's what the American people expect and deserve.”

While China has issued a calm trade war response today, it has called Trump’s trade war strategy of using tariffs a “strategic mistake” and vowed not to give in to “unreasonable demands”. According to China, Trump’s behaviour amounts to “unilateral and bullying protectionism” which harms the global trading system. The People’s Daily printed “If some in the United States fail to admit that this is a strategic mistake, or that it will bring losses to the US they will end up being the ones who have to face the finger-pointing and will find it is impossible to achieve the win they once bragged about.” President Xi can not afford to give in to Trump’s pressure campaign, so is China simply buying time with today’s calm response as it plans its next steps?

As the trade war between the US and China rages on, do you know how to profit from it? Join PaxForex now and allow our expert analysts to guide you to over 5,000 pips in profits per month!

Trump then further escalated the trade war by announcing new tariffs on $300 billion worth of Chinese imports which will take effect September 1st 2019, the 70th anniversary of the founding of the People’s Republic of China, with a second tranche to take effect on December 15th 2019. Trump delayed tariffs on certain items in order not to harm the important US shopping season before Christmas which officially starts with Black Friday sales after Thanksgiving. China retaliated by announcing tariffs on $75 billion worth of Us imports which angered Trump who then announced an increase in the tariff rate from 25% to 30%. 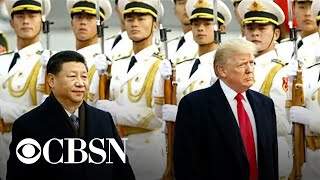 Chinese Ministry of Commerce spokesman Gao Feng urged calm and added “Escalation of the trade war won’t benefit China, nor the US, nor the world. The most important thing is to create the necessary conditions for continuing negotiations.” President Xi’s anniversary speech on September 1st will be crucial in order to gauge how the trade war may proceed. The People’s Daily further noted “This was a restrained response and was different in nature from the American provocation. China has the confidence to walk its own path and to do things right, and the country can rely on itself for its own development.”

The CCI already completed a breakdown from extreme overbought conditions and is now trading above and below the 0 barrier which separates bullish from bearish momentum. A sustained move to the downside is expected. Open your PaxForex Trading Account now and join our fast growing community of profitable forex traders!

A sideways trend emerged in this currency pair which is located just above the upper band of its horizontal support area. The rise in bullish momentum is expected to ignite a short-covering rally in the AUDUSD which has no resistance in its way until it can test the strength of its next horizontal resistance level. The Australian Dollar remains a top Chinese Yuan proxy trade. Forex traders are recommended to buy and dips in the AUDUSD down to the lower band of its horizontal support area.

The CCI is trading deep in extreme oversold territory, but this technical indicator started to show signs of an early recover. A push above -100 could provide the catalysts for a move to the upside. Subscribe to the PaxForex Daily Fundamental Analysis where you will grow your balance trade-by-trade!

Price action in the USDMXN is struggling inside of its horizontal resistance area where an inverted hammer candlestick pattern formed. This bearish combination is anticipated to result in a breakdown which will take this currency pair back down to its next horizontal support level as forex traders are expected to book profits. This currency pair offers limited upside potential from current levels with attractive downside risk. Spreading sell orders inside the horizontal resistance area remains the favored trading approach for the USDMXN.

The CCI is trading in extreme overbought conditions where a negative divergence formed. This represents a bearish trading signal and price action is expected to retreat. Follow the PaxForex Daily Forex Technical Analysis and simply copy the recommended trades of our expert analysts into your own trading account!