Welcome back traders to this week’s exciting edition of the Bitcoin - Forex Combo Strategy. Bitcoin has struggled to extend its bounce off of support and traders as well as hodlers should prepare for the potential of more downside. The three lower highs offered a strong bearish signal and the $8,870 - $9,927 support area will be key to watch. A breakout below this could lead to a faster descend to $6,550 as I have mentioned during last week’s edition “Bitcoin - Forex Combo Strategy: Regulated Ripple”. Overall I remain bullish on Bitcoin, but a bit of caution is warranted. So far support levels have held and remain well bid.

As geopolitical tension rise and the global economy slows, traders and investors seek safe havens and Bitcoin is carving out its very own sport amongst this asset class. It joins gold and silver from the commodity sector and the Japanese Yen as well as Swiss Franc from the forex market. I have mentioned on numerous occasions that Bitcoin should be compared to gold and some started to refer to it as “Digital Gold”. While Bitcoin was initially created to compete as a remittance tool, it has since proven better as a store of value. Look at it this way: It’s great to have gold, but you wouldn’t use it to pay for groceries or to pay bills. The same is true for Bitcoin.

Before diving in today’s topic of the Lighting Network, Bitcoin’s attempt to be less like gold and more like a currency, let’s take a quick look at my cryptocurrency portfolio. I hodl 500 Bitcoin at an average entry price of $8,500, 40,000,000 Ripple at an average entry price of $0.3388 and 20,000 Litecoin which I bought at $77.00. Bitcoin has struggled, but Ripple is under intense selling pressure after descending below its ascending triangle formation. Litecoin has joined the major coins to the downside, but overall I believe that we will see a move higher after touching major support levels. The three charts below show my Bitcoin, Ripple and Litecoin holdings.

One reason why Bitcoin is not great for transactions is because it takes too long and is too expensive. This was one of the primary reasons for the hard fork which created Bitcoin Cash. On average, Bitcoin can process 7 transactions per second. You can compare this to Visa which can process 65,000 transactions per second. There is a big scalability issue with Bitcoin which resulted in the launch of the Lightning Network. In theory, it was supposed to address the time and costs of sending Bitcoin from wallet to wallet. With the rise in popularity of micro-payments, Bitcoin decided to act. 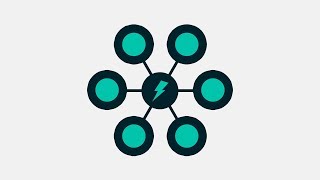 The Lightning Network requires both parties to deposit a security deposit before using the payment channel. The deposit needs to be equal to or larger than the total amount which intends to be transacted. For example, if the total amount of micro-transactions will total 1 Bitcoin, both partied will make a security deposit of 0.5 Bitcoin each. This is the only transaction which will be recorded on the Bitcoin blockchain. All micro-payments can now flow in the payment channel without fees and are settled instantly. In order to discourage fraud, there is a harsh anti-fraud mechanism in place which sends the deposit from the fraudulent party to the counter-party.

The Lightning Network Does Not Scale

While the Lightning Network was deployed as a second layer on top of the regular Bitcoin blockchain in order to address scalability issues, opponents of it claim that it doesn’t scale and is very limited. Those limitations are set to increase as the network grows and one of the biggest issues remains routing of transactions. Even Lightning Network’s own 57 page White Paper mentioned routing in one paragraph without outlining how it will address this issue. A separate report by research company Bitfury on the topic of routing consisted of 38 pages. Either way, the total amount of users appears to be limited to just 100,000. So if the Lightning Network doesn’t scale, what does it do and is it even necessary to have?

Make sure to subscribe to the Bitcoin - Forex Combo Strategy and grow your assets with me right here at PaxForex!

The Lightning Network is still relatively small with $8 million worth of Bitcoin capacity and is currently home to about 830 Bitcoin. User “LNBIG” accounts for 40% of all capacity, but claims he only earns about $20 per month for locking over 336 Bitcoin away in the network. This raises centralization issues with the network and therefore once again with Bitcoin. “LNBIG” operates roughly 1,800 payment channels, but started to close inactive channels. He noted that “When you open a lot of channels, everyone scolds you that you are capturing the network. When you close, there are also concerns.”

Costs remain an issue as well. According to “LNBIG’ the costs of operating and maintaining the payment channels result in monthly fess of roughly $1,000. He states that he earns between 5,000 - 10,000 Satoshis per day. Some argue that in order for the Lightning Network to work, off-chain fees need to be as high as on-chain fees. Currently is appears that off-chain fees do not cover on-chain fees. In this case, the cost problem remains the same as with on-chain Bitcoin transactions. The only benefit from the Lightning Network would then be speed. 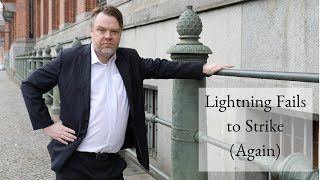 Since collateral is required to be locked into the Lightning Network to function, some has labeled it as 100% reserve banking. According to Cornell’s Sirer, the required collateral has rendered the Lightning Network economically broken. He stated that “The first and biggest problem is that it has limited capacity. The capacity of that network is unknown, despite so many years of noise around it, nobody has actually gone and done a scientific study. That emergent capacity is going to depend on the credit relationship between people and we don’t know what that’s going to be like. In that future world where they wanna do that, LN really takes off, a lot of coins are going to be tied into these payment channels.”