Welcome back everyone to this week’s edition of my Bitcoin - Forex Combo Strategy. Since last week’s update “Bitcoin - Forex Combo Strategy: Altcoin Season”, we have seen the price of Bitcoin contract by roughly $2,000 from its most recent peak. This was the third lower high for Bitcoin which from a technical perspective is bearish. I think we can very well see an extension of the sell-off until we reach the $9,000 level, give or take, from where I expect a rebound to follow. I won’t be surprised if we drop as low as $6,550, but given the geopolitical scenario and other technical indicators, my current investment case remains a drop to $9,000 and a recovery.

I have been very vocal about Ripple and its upside potential as far as price action is concerned and I remains bullish even with Ripple trading below $0.3000 at the moment. Some don’t view Ripple as a cryptocurrency as it is centralized and pro-regulation. Ripple may be the most government friendly digital asset, but they have to be. The fintech company has build its business by providing regulated banks access to blockchain based solutions in order to speed up remittance time and slash costs. It is therefore only natural that Ripple needs to be more open to a clear regulatory framework than decentralized cryptocurrencies. I view Ripple as a facilitator of global payments and not as a disruptor of the financial system. Before diving a bit deeper into Ripple and the timing of its call for regulation, here is an update to my cryptocurrency portfolio.

I continue to hodl 500 Bitcoin at an average entry price of $8,500, 40,000,000 Ripple at an average entry price of $0.3388 and 20,000 Litecoin which I bought at $77.00. While I believe there is more downside potential in Bitcoin, I still think we can see a new 2019 high before the year is over. Ripple appears to be holding at support and I currently see the biggest upside in Litecoin after its halving event. The three charts below show my Bitcoin, Ripple and Litecoin holdings.

At the end of last month, the Ripple leadership send an open letter to the US Congress, where it wanted to stress the fact that not all companies are created equal. This came after the US government pushed back against Facebook’s Libra announcement which will be a competitor to Ripple. Through its implementation of blockchain, Ripple has helped regulated entities to increase cross-border payments at a fraction of costs and time which burdens global remittance services. Ripple’s investment in MoneyGram is just one example of how the firm continues to expand its presence in this sector.

The biggest fundamental difference between Ripple and Bitcoin, Ethereum, Litecoin and the rest of the cryptocurrency sector is the centralized nature of Ripple. This is the reason why Ripple’s management team wants regulators to make a difference between different actors in the cryptocurrency sector. Ripple pointed out in it’s letter to Congress that it “Deploys blockchain-based innovations in partnership with regulated financial institutions to enable the world to move money across borders.” 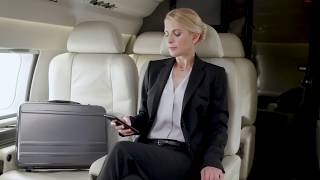 Ripple asks in the video, “Ever need to send money to another country? Why is it possible to instantly send a message -- but with payments, it's sometimes faster to board a plane and fly it there yourself?” As our global economy has connected individuals across the world, plenty struggle to send funds from one place to another with ease. Ripple argues it should be as simple as sending a text message, and regulated banks are listening to the demands of clients. This is where Ripple shines and why it would benefit from a regulated sector the most.

Digital Currency Regulation Around the World

Ripple has also addressed the UK Parliament and asked them to roll out a regulatory framework in order to mitigate risks without stopping innovation. Ripple has also hired compliance firm Coinfirm in order to implement KYC and AML procedures which will be welcomed and accepted by regulators. Ripple has also reached out to the IMF in order to discuss how blockchain technology can be integrated in regulated firms in order to improve efficiency and apply cost-cuts. This is the reason many true cryptocurrency supporters don’t view Ripple as a cryptocurrency, but a digital asset. This also explains why Ripple presses the differences between its own XRP and that of other firms active in the sector. The company would ideally prefer a uniform set of global regulation when it comes to remittance.

Some analysts question of Ripple is afraid of Libra’s potential as it would be a big competitor when it comes to global remittance. Facebook plants to test Libra in India with hundreds of potential user with a great need for simple, fast and cheap banking solutions. Terraform Capital Managing Partner Michael Poutre criticized the open letter Ripple send to Congress and noted “Libra is a direct competitor, and a superior one. If Libra gains traction, Ripple will fall to the ranks of an 'also ran'. The letter they authored goes against virtually everything Ripple was started for. They are attempting to kill Libra in the crib, so it can't grow up to kill them. The letter has the appearance of being disingenuous, and it lauds the institutions Ripple was created to subvert.”

While Libra has come under scrutiny of governments, especially the US where US President Trump views Libra as a direct competitor to the US Dollar, Ripple takes the other side and points out that it will complement existing fiat currencies.

Is Ripple so afraid of Libra that it decided to side with the US government and regulators in order to combat Libra? Terraform Capital’s Poutre added “Libra is a better solution, but has a lot of work to be done for it to work and go live. Ripple is speaking from both sides of its mouth by stating that governments have historically handled this well as are needed going forward. They don't believe that for a minute, but the enemy of my enemy is my friend. Ripple hates regulation, but needs the regulators this last time to try and kill a superior product. And you know what, it may work. Congress loves to be told how smart they are.” 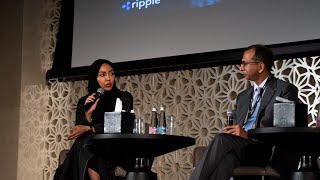 While Libra is facing a big threat to Ripple, the sector s big enough for competition. Ripple is catering directly to regulated financial institutions whereas Libra, when it launches, will cater directly to consumers. They will have a different approach and competition is great for the end-user. At the same time Ripple is calling for regulation, it keeps investing in its infrastructure and attracts new clients. It is clearly focused on new markets such as Saudi Arabia and India as outlined in the video. Ripple has a head-start, will Libra offer the type of centralized competition to Ripple which will result in positive momentum? I remain bullish on Ripple’s prospects.

How to trade the London breakout Forex strategy