Welcome back everyone to this week’s edition of my Bitcoin - Forex Combo Strategy. Earlier today Bitcoin dropped back below the $10,000 mark which as many of you know by know is more of a psychological barrier which is losing significance. The most worrying development is that the current drift lower resulted in the fourth lower high since we first corrected from above $13,800. It doesn’t get much more bearish than that and I think we could see a breakdown below the $8,870 - $9,927 support area from where a drop as low as $6,380 - $6,550 support area comes into play. That would be a great buying opportunity so don’t panic and stay the course, don’t get sucked into the social media frenzy about what will happen next.

Back on May 22nd 2019 I wrote about Facebook’s Libra for the first time, feel free to brush up on it at “Bitcoin - Forex Combo Strategy: The Facebook Coin”. Since then, Libra has faced plenty of global criticism and is trying to navigate a regulatory fire storm. On the other side of the coin, pun intended, is the backlash from the cryptocurrency community with a growing number of opponents to the project. There are grave privacy concerns and Libra is in a sense not a cryptocurrency at all. The pressures may have finally caught to them as Libra now seeks to get registered as a payment system in Switzerland which would make it comparable to PayPal, Skrill, ePayments and a range of other competitors.

On the bright side, Switzerland continues to expand its dominance in a changing digital economy, will it follow Portugal’s move in regards to taxation of cryptocurrencies which I discussed last week in my update “Bitcoin - Forex Combo Strategy: Bitcoin is Tax Free in Portugal”? My own cryptocurrency portfolio hasn’t changed from last week as I continue to hodl 500 Bitcoin at an average entry price of $8,500, 40,000,000 Ripple at an average entry price of $0.3388 and 20,000 Litecoin which I bought at $77.00. My cash balance is expanding as I am getting ready to take advantage of the expected sell-off in Bitcoin. The three charts below show my Bitcoin, Ripple and Litecoin holdings.

Following the global backlash against Libra’s ambitions, the Libra Association announced that it is now seeking a Swiss payment system license from Swiss regulator FINMA. Libra’s Head of Policy and Communications, Dante Disparte, confirmed “Since our vision for the Libra project was announced 3 months ago, we have maintained our commitment that technology-powered financial services innovation and strong regulatory compliance and oversight are not in competition. This is an important step in Libra project’s evolution, and we look forward to continuing our engagement with all stakeholders over the coming months.” 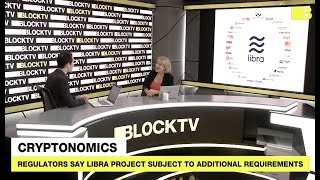 Libra is positive about the project and noted that a “feasible pathway for an open-source blockchain network to become a regulated, low-friction, high-security payment system” is in place. FINMA further added “Due to the issuance of Libra payment tokens, the services planned by the Libra project would clearly go beyond those of a pure payment system, FINMA said, noting this mean it would be subject to such additional requirements.” It appears that Libra rode the cryptocurrency bandwagon for as long as they could and decided to exit as a payment processor competitor to existing companies.

One of the biggest issues for Libra, besides having Facebook behind it, is the centralization issue which goes against the core of cryptocurrencies. While Ripple has had success, it is often viewed as the anti-cryptocurrency and has made a big investment into MoneyGram which is a payment processor. Facebook initially announced that it set-up a consortium of 28 companies which include Visa and Mastercard as well as eBay and Uber. This centralized power is causing mostly negative responses from across all sectors and further diminish the success of a successful Libra Coin. The final product may be far from what the initial vision looked like.

Did you know that PaxForex is offering cryptocurrency trading as part of their overall asset selection and is home to one of the fastest growing trading communities in the market? Join today and grow together!

Libra has repeatedly denied that it wants to replace existing fiat currencies while it seeks to become a global currency. The idea is to give millions of unbanked individuals, mostly in emerging markets, access to basic banking services. This is where regulators and governments decided to unite against such a launch. Libra is supposed to be backed by a basket of currencies which currently consists of the US Dollar, the Euro, the Japanese Yen, the British Pound and the Singapore Dollar. Regulators are worried about a range of issues from security risk through privacy concerns to money laundering.

Bank of England Governor Carney stated that “This is not learning on the job stuff. It’s got to be rock solid from the start or it’s not going to start.” The French based Financial Action Task Force (FATF) has also raised concerns over global money laundering implications of Libra. FATF President Xiangmin Liu added “We want to make sure that if there are significant risks, they need to be addressed.” Facebook’s David Marcus, who is in charge of Libra development, was grilled over two days in US Congress after which the official launch date of 2020 appears overly optimistic.

Swiss regulator FINMA added “Under the FMIA, all additional services that increase the risks of a payment system must be subject to corresponding additional requirements. This means that all the potential risks of a Swiss payment system, including bank-like risks, can be addressed by imposing appropriate requirements in line with the maxim ‘same risks, same rules.’” It appears that Libra has made the first shift away from being a cryptocurrency, as controversial as their claims was to start with, and is now seeking to become a payment processor offering a digital coin. Ripple has the lead on that, but should watch out for this new emerging competitor in this crowded space.

I didn’t take any new forex trades since last week’s update as I wanted to rotate out of my Japanese Yen positions which I completed today. I am now done rebalancing my portfolio and will start adding new forex trades in order to continue to increase my cash balance. I may wait until after the ECB meeting before deploying fresh capital into the forex market while I want to retain the majority of my cash balance to add to my cryptocurrency holdings where I sense we could see great buying opportunities soon.