Welcome back everyone to this week’s edition of my Bitcoin - Forex Combo Strategy. Bitcoin continues to struggle and is now getting comfortable below the $8,000 level. The previous support area between $8,870 - $9,927 is now acting as resistance and I expect Bitcoin to extend its downtrend until it will reach my next support area between $6,380 - $6,550. Since Bitcoin is the biggest and most dominant cryptocurrency, the bearish momentum has been a drag on the entire sector with few exceptions.

Despite the bearish trading environment which currently persists, Bitcoin is standing the test of time. Next year on January 3rd, Bitcoin will turn 11 years old which is a rather respectable accomplishment given the critics who called for its demise time and again. Interestingly enough, the Euro will turn 21 and some argue that Bitcoin can be compared to the Euro. The reason being that the Euro represented the first real-world example of a functioning cross-border currency. 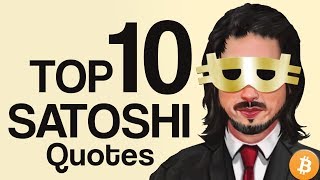 Demand for more cross-border currencies is strong and while Bitcoin may have initially set out to fill the void, it has diverted from that path. I have argued several times that as a remittance tool, Bitcoin is a terrible choice and not suitable at all. Bitcoin has taken on a different role and is now much better suited as a store for value similar to gold rather than as a payment option. It is great to hold gold, but you wouldn’t want to purchase everyday items with. Even if you wanted to, gold is not accepted as a payment option in most locations, Bitcoin is advancing on that front. Make sure to read my post “Bitcoin - Forex Combo Strategy: The Gold-Backed Token”.

While January 3rd 2019 will mark the 11th anniversary for Bitcoin, others may remember December 17th 2017. This is day that the price if Bitcoin reached its all-time peak from where a violent sell-off took Bitcoin from roughly $20,000 to $3,000. We have never recovered from this event, at least not yet, and predictions go crazy in each direction. Earlier this year, as we retreated from the 2019 high of just below $14,000, I thought that we would end the year above $20,000 and at a new all-time high. I might have been a bit too bullish and while I remain confident in Bitcoin long-term, I don’t think we will hit a new all-time high this year.

Did you know that you can earn more pips per trade simply by switching to PaxForex? Sign-up now and boost your profits!

The 11th anniversary of Bitcoin will bring it closer to reach the half-life expectancy of fiat currencies which is just 27 years. This may shock most people who never think of fiat currencies as failures, but history has shown that fiat currencies are vulnerable to total collapse. An analysis conducted buy dollardaze.org, which took a look at 775 fiat currencies resulted in some rather disturbing results and those who are quick to criticize the cryptocurrency market may want to get more background information on fiat currencies.

The shortest life-span of a fiat currency was just one month. 24% of analyzed fiat currencies were reformed due to monetary policy, 23% remain in circulation today, 21% were destroyed as a result of wars, 20% failed due to hyperinflation and 12% were destroyed by independence movements. The oldest fiat currency is the British Pound which was introduced in 1694 when 1 British Pound Sterling was worth 12 ounces of Silver. 325 years later it lost 99.5% of its value. 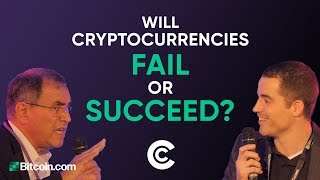 Central banks have been printing money and destroying values, something Bitcoin doesn’t face as total supply is limited to just 21 million Bitcoin, the 18,000,000th Bitcoin was already mined. Then there is the popularity of Tether, a stablecoin often cited for price fluctuations in Bitcoin. Since 2017, over 4 billions Tether have been minted. Tether is supposed to back each minted coin with 100% in US Dollars. The debate will rage on if cryptocurrencies will stick around, I think that the markets have accepted them as a new asset class which will only grow from here.